Being a socially responsible company is much more difficult than ever. Today, the issues are much more diverse and complex, often extended globally, and their data is changing faster than ever. In the age of globalization, it is more difficult for companies to offer unethical business practices, such as unfair labor practices, the exploitation of child and youth labour, environmental pollution, without expecting a clear negative reaction from the general public. To this end, there is increasing pressure on social enterprises to justify their social impact, not only to monitor their performance, but also to acquire resources, strengthen the mission and the overall responsibility of stakeholders (Arvidson and Lyon, 2014). Measuring the impact is increasingly important for creating organizational legitimacy and trust (Luke et al., 2013).

The British legislation has adopted a legislative provision on the establishment of the Community Interest Company (CIC), designed to meet the expectations of the social entrepreneurs, and to create a more favorable environment for public policies, especially in the segment of social enterprises. The shaping of the legislative regulatory space was based on the existing and established modalities, or on mere initiatives, for non-financial reporting. The United Kingdom was not the only European country to create a new legal form for social enterprise. Italy has included in its legislation the so-called “social solidarity cooperative”, specific to social enterprises, and then other European countries, including Spain and France, have acted in a similar manner (Defourny, Nyssens, 2009; 2010). In his article, Nicholls (2009) describes a series of reporting practices used by social entrepreneurs that do not only take into account financial indicators, but also their social or environmental impact. A new theoretical construct is approached, called “mixed value accounting”, which involves an accumulation of reporting logics used by social entrepreneurs regarding their access to resources, as well as the achievement of the objectives of the targeted social mission. First, social impact reporting involves taking into account the ever-changing prospects of these organizations, as well as the demands that come from the authorities or resource providers. Second, mixed value accounting provides a dynamic and multi-level space to optimize reporting practices, but which is not yet an agreed calculation mechanism.

Consequently, the interpretation of an entity's perspective on social impact performance directly affects the calculation method, so this feature will require a review of all reporting procedures. For example, the interpretation of the accounts of a social enterprise is somewhat difficult, because it allocates a share of the profit to their social mission objectives. Therefore, from a standard accounting perspective, many social enterprises do not seem to have financial performance, so they may lose contractual partners to which other private sector companies may be successful.

Starting from some methods of scientometric analysis, to which we add the systematic review of the literature, we intend to identify:

1. Works/authors with influence in our field of research, using the reference co-citation analysis;

2. The temporal and geographical evolution of the researchers' interest together with the concept of social entrepreneurship and reporting;

3. The reflection in the specific literature of the interconditioning of the concept of social entrepreneurship with non-financial reporting.

It is one of the most common methods of scientometric analysis by which the publications extracted from the references of the bibliographic databases are selected, which are cited a number of times imposed by a citation threshold. Subsequently, by imposing a citation threshold and the discrimination between significant and insignificant publications, thematic clusters are obtained in the co-citation network that allow us to identify the connotative intellectual structure in the research field (Wu et al., 2020). We sampled our bibliographic database from the Web database of Science Core Collection from where, using the topic “social entrepreneurship” AND “reporting”, from 1990-2020, we extracted 473 publications, and, by choosing the detailed fields in figure 1 and the exclusion of book publications, we reduced it to 283 publications. 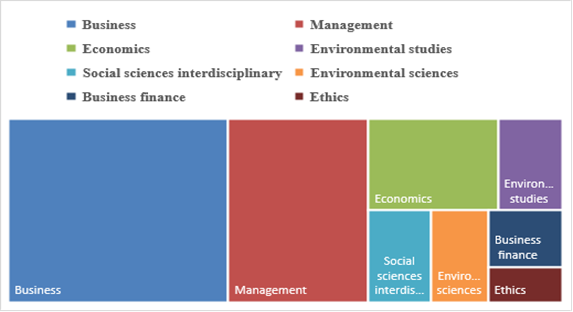 The use of CiteSpace software (5.7. R2, 64 bytes) identified for us 14393 valid references (99.5573%) generating a network (figure 2) made of 658 nodes and 1907 connections, at a threshold of 5 citations per document. The size of the nodes is influenced by the frequency of co-citation of the article / author, and the connecting lines between the nodes by the cooperation relationship between the authors (Chen, 2017). The large size of the node reflects the fact that the document is of great importance in the network. 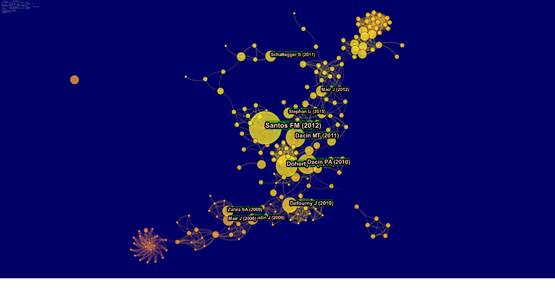 In table 1, we highlight the first five significant works from the bibliometric network of reference co-citation. We note that the work “A positive theory of social entrepreneurship”, in which Santos proposes a theory aimed at advancing scientific research in social entrepreneurship, has the most co-citations. The author considers that, in order to resolve the tensions that have arisen in the course of their activity, social enterprises apply compromises, such as intentional waiver of profit, to maintain the balance between capturing value and creating value, forcing managers to create a balance between social / welfare logic (value increase) and market / trade logic (value capture). Santos believes thatbringing social entrepreneurship within the area of economic theory we can encompass better, in our theories, “the essence of what it means to be human”.

The grouping of similar references generated clusters of co-citation references that highlight the concepts researched by the authors (figure 3). Significant clusters are labelled on the network with the # symbol followed by small numbers. The CiteSpace software uses the probability ratio test (LLR) as extraction algorithms to identify uniqueness and cluster labelling, the document reverse frequency term (TFIDF) to identify and quantify the importance of an existing concept in multiple works, and the mutual information test (MI) for obtaining qualitative information about the research focus in each cluster.

The accuracy of the CiteSpace network is highlighted by silhouette (S) and modularity (Q). The software calculates a global value for S, but for Q both a global value and individual values for each cluster are reported. A Q value close to 1 indicates well-defined clusters and an S value close to 1 indicates confidence in how the nodes were grouped.

The Space software uses a chronological visualization technique forming a network divided into co-cited reference clusters that allows us to identify the development over time of a concept. Curves of different colours highlight co-citation links, and nodes by size highlight interest in a particular topic. The clusters on the right side of the network are arranged vertically in descending order of importance. In the case of our research, we notice, in figure 4, that the two most important clusters, described above, are those labelled “social enterprise” and “small enterprises”. 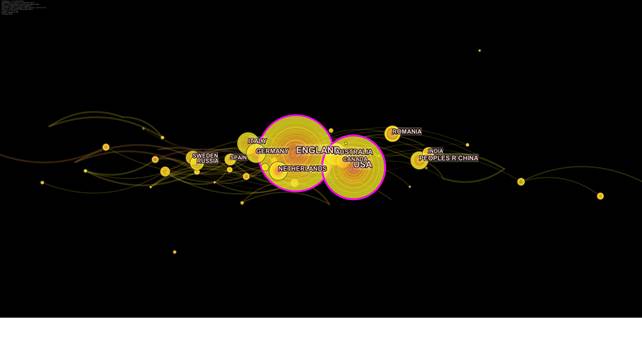 2.3. Interconditioning the Concept of Social Entrepreneurship with the Non-Financial Reporting

For this approach, we re-interrogated the Web of Science Core Collection database, using the syntax with Boolean operators “social entrepreneurship” AND “reporting”, which resulted in 45 articles in the fields of business, management, economics, and environmental sciences. Adapting the idea taken after Bansal (2019), we formulated three classification criteria (table 3) in terms of content for selected articles, taking into account both the themes and details revealed in the literature on social entrepreneurship and its reporting, financial, or non-financial, as well as the methodologies for putting into practice the social entrepreneurship according to the literature.

Table 3. Criteria for comparing the contents of selected items

Considering the criteria in table 3 as the research variables (the dependent variable is I Types of content of the articles / Types of research proposed in the selected articles, and the independent variables are II. Expression of social entrepreneurship (SA) and III. Expression of non-financial reporting (NFR)) graphically processed the connection between the frequencies of occurrence of the variables (figure 6). 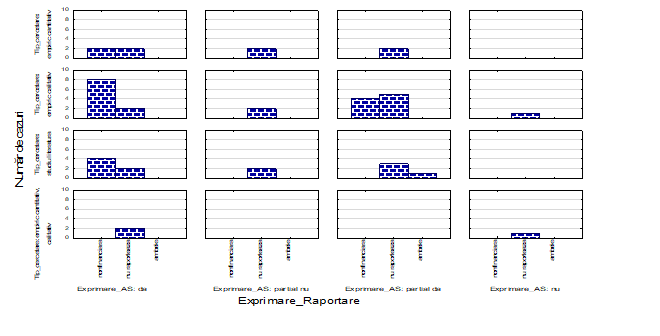 Figure 6. Comparison of variables I.Types of contents of articles with II.Expression of social entrepreneurship (SA) and with III. Expression of non-financial reporting (NFR).

- The highest simultaneous frequency recorded is, with 8 cases (articles), the coincidence between quantitative empirical study-clear, dominant expression of SA-clear expression of NFR (I.c with II.a. with III.b.);

- The second high frequency recorded simultaneously is, with 5 cases (articles), the coincidence between I.c. and II.b. with III.c. (qualitative empirical study-sufficient but not dominant expression of SA-non-expression of any of the NFR reporting modalities);

- The 3rd and the 4th simultaneous high frequency recorded are, with 4 cases each (articles), the coincidence between:

- I.c. with II.b. with III.c. (qualitative empirical study - sufficient but not dominant expression of AS - clear expression of NFR);

Social entrepreneurship appears as a priority, in articles whose content is empirically qualitative or literature study, consistent with articles in which non-financial reporting appears clearly or fairly clearly outlined theoretically. Non-financial reporting appears in the same types of articles as social entrepreneurship, so both the first notion (SA) and the second (NFR) coincide, practically, in the approaches in the articles.

The aim of our study was to identify, through a scientometric approach, the evolution of the concepts of social entrepreneurship and non-financial reporting and to identify how the interconditioning between the two concepts is reflected. Using the bibliometric method “reference co-citation analysis” we identified the authors who created the scientific basis that was the starting point for further research:

- Santos (2012) conceptualizes the normative values of “social entrepreneurship and analyzes the definitions of what is social and how it can be evaluated”;

- Doherty et al. (2014) identified that hybridity, defined by the “dual mission of financial sustainability and social purpose, is the defining characteristic of social enterprises”.

- Defourny and Nyssens (2009; 2010) identified that social enterprises and social entrepreneurship are influenced by the social, economic, political and cultural contexts of the countries in which they occur.

Clustering the database through the CiteSpace software allowed us to identify 2 concepts that roused the interest of researchers:

© 2020 The Authors. Published by Sprint Investify. ISSN 2359-7712. This article is licensed under a Creative Commons Attribution 4.0 International License.